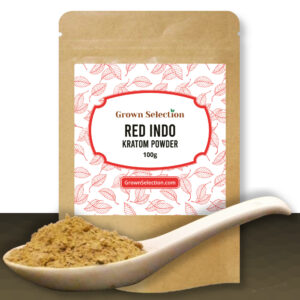 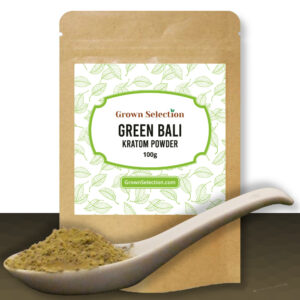 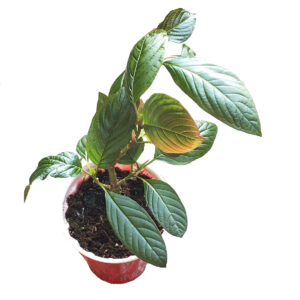 Most people are familiar with this strain, as so much kratom comes out of Indonesia. Red Indo kratom powder is a popular variety of kratom from the region, because of the high alkaloid content in the red veins of the leaves. Like other varieties of kratom powder, the leaves of mitragyna speciosa trees are ground into a fine powder, sterilized, and tested for contaminants.

These trees are grown on family farms in the jungles of Indonesia using a process that preserves as much alkaloid content as possible. Red-veined kratom leaves are older and more mature than other leaves. Users have reported a combination of pain relief and relaxation. Though users do not report it as being as potent as some other red-veined strains, Red Indo kratom is reported as long-lasting and mild. It contains above-average levels of 7-Hydroxymitragynine as well as two dozen alkaloids, but is said to take longer to kick in than other strains, and it is reported as not producing the same level of sedation as other strains.

Indonesia is arguably the top country where kratom is grown and exported around the world. This is due to its ideal tropical climate, including rainfall, humidity, and sunlight. Your experience will ordering this product will be as soothing as the weather in the region from which it comes.

Note: If you want to resell our Red Indo kratom, we also sell Bulk Red Indo Kratom Powder in quantities up to 10kg at a discount.