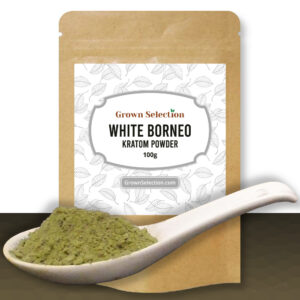 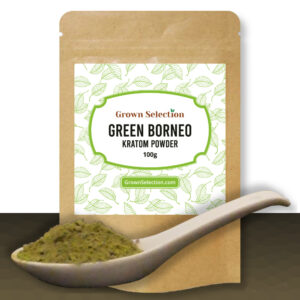 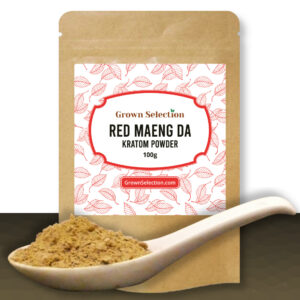 Borneo is located in the Indonesia-controlled, Kalimantan region of an island to the west of Indonesia. White Borneo kratom powder is derived from trees in this tropical region of Southeast Asia.  People from the region are said to have used the leaves of the mitragyna speciosa tree traditionally as a natural pain reliever and mood booster. Then, in 1839 it was introduced to the Western world when Pieter Korthals identified it in 1839. Other people around the world have caught on to this natural supplement and are even known to have tried it as an immune system booster.

White Borneo kratom is named for the white vein that runs down the center of the leaves of this strain. It’s harvested at the middle of kratom’s maturity cycle, specifically for its balance of indole alkaloids at that time. Its users report that it helps them with concentration, as well as energy and endurance. It’s part of the coffee family, and locals have dried and crushed the leaves to use as a tea for centuries. Despite its close relation to this caffeinated plant, users report that while it improves alertness, it does not come with side effects like the jitters.

This kratom strain’s leaves have white veins on the backs of its leaves, rather than the more popular red veins of other mature varieties. Despite the missing red pigmentation, this strain of kratom still contains the alkaloids mitragynine and 7-hydroxymitragynine. We source ours from family farmers and sterilize it using a pasteurization process that’s designed to preserve these high-quality alkaloids in every package that goes out. It has average mitragynine levels, and tends to be more onsistent than other varieties of this plant.

Note: If you want to resell our Red Indo kratom, we also sell Bulk White Borneo Kratom Powder in quantities up to 10kg at a discount.