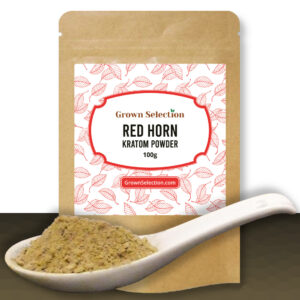 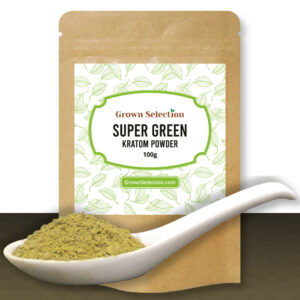 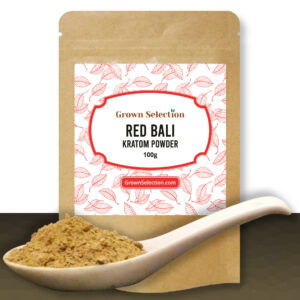 People don’t choose this strain of kratom because of its expected properties. Rather, they select Red Horn kratom powder because it is known as the unpredictable strain. First, it is reported to be long-lasting. Although it is named after the Borneo region of Thailand, it does not actually grow there, since the country banned it some years ago. However, it may soon have legal status in that country. It is actually grown in the west Kalimantan forests of Indonesia.

Like other kratom products, Red Horn kratom powder is made by pulverizing the dried leaves of tropical mitragyna speciosa trees into a fine powder. The high-alkaloid leaves have red veins and stems, from which the red part of the name is derived. The powder itself will vary in color, due to the sterilization process that’s used to remove microbes and other contaminants while preserving as much alkaloid content as possible. People have reported different effects from this strain, ranging from its sedative properties that are said to produce a calm sense of relaxation. At a higher dosage, people have reported stimulant properties.

It’s said to be similar to red Maeng Da kratom powder in its effects, and the spiked leaves of the plant. The horned leaf kratom plant is said to be rare compared to other varieties of the plant. Although we make no claims as to the efficacy of kratom, Red Borneo kratom powder has been reported to function as an analgestic that can last 3-6 hours when dosages exceed 1-2 grams. It’s also been reported as a mood enhancer, as a muscle relaxant, and as a sedative for people who suffer from insomnia. Despite its unpredictable status, it’s said to be a slow kratom strain.

Note: If you want to resell our Red Horn kratom, we also sell Bulk Red Horn Kratom Powder in quantities up to 10kg at a discount.